Since their inception, vaporizers have been the topic of many heated debates. One of the larger debates circulating is liquid vaporizers use in administering CBD oil.

While the validity and safety of this administration is still up for debate, the effects CBD had on a particular member of the Hargett family is not.

I am of course, talking about Mogli, a seventeen year old tom cat suffering from degenerative disc disease. In November of 2014, Dave Hargett and his mother took Mogli to a veterinarian, where he was diagnosed. Mogli was prescribed pain medication to help ease the strain the disease put on his spine. Unfortunately, while under the influence of the medication, Mogli’s behavior became extremely lethargic.

The Hargrett family had this to say: We were told Mogli could undergo surgery, but due to his age he would be high risk and there was no guarantee of a better quality of life. We were sent home with several pain medications and a heavy heart.

There was, however, an alternative for little Mogli. You see, Dave Hargrett is the founder of Innovative Extractions, a collective that advocates the use of CBD as a form of medication, providing patients with CO2 extracts and a wide array of CBD products.

Looking at their options, Dave saw there were truly only two choices. Either they would have to put their precious Mogli down, or they would attempt to treat the tomcat on their own accord. Starting with just a small tincture, Dave was less than hopeful that they would be pleased with the results.

However, soon enough, Dave was receiving texts from his mother with pictures of Mogli, looking more active than ever. Showcasing his newfound life by jumping from fixture to fixture, with a better quality of life than they had seen from the furry family member in a long time.

The local veterinarians remain skeptical, David says [My mom] now goes to her vet and they go, how is Mogli? She tells them, he’s not on any of your meds, the cat is on CBD oil. And the vets just laugh at her. They don’t even believe her. So now I finally have a believer in my mom, who originally wouldn’t trust a word I said [about the benefits of CBD.

At a time when debate rages on about the medical use of various substances, and the possible health benefits of new products is constantly the focus of attention, Mogli stands as an adorable spokesman for the possibilities to come. But more importantly, a special member of the Hargrett family has found life again. 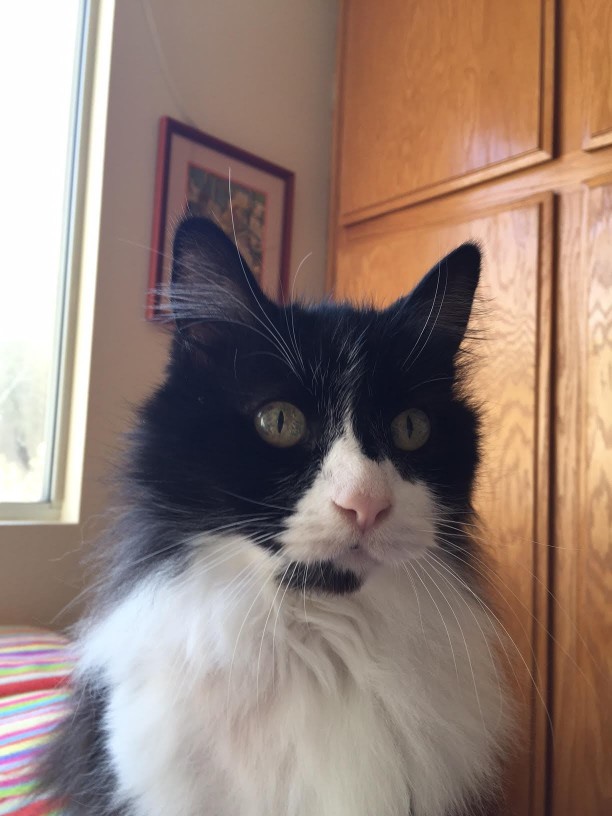 Michael is a long established writer of Fiction, Poetry, and Marketing based content. When he's not working on his countless literary projects, he spends his time educating customers on various growing industries and products.

We are now implementing a 1 year warranty program. Please retain your receipt after purchasing your vaporizer. To be a part of the program, you must register your AtmosRX® Vaporizer online.